Mint Hill is a charming small town celebrated for its hometown hospitality. With a population of just more than 27,000, it has been recognized as one of the safest places to live in North Carolina. Mint Hill is one of the fastest growing suburbs of Charlotte and home to over 300 businesses. Its public schools are highly rated, and its proximity to Charlotte allows families to select from the largest private school community in the state of North Carolina. 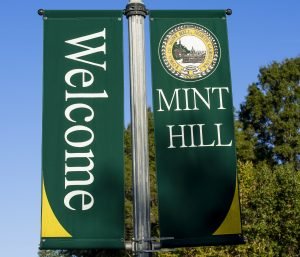 Just minutes northwest of Mint Hill, Charlotte, recently named by Southern Living as one of the “South’s Best Cities 2020,” is nationally recognized for its beautiful tree canopy. It has one of the best urban forests in the United States. State-of-the-art performance venues, featuring Broadway touring companies and quality local productions, along with world-class museums and public art displays promote a thriving artistic culture. Charlotte is now a burgeoning food capital known for its many award-winning restaurants. From fine dining, to farm-to-table, to iconic local favorites, it presents a vast array of exceptional culinary experiences. Charlotte is among the finest shopping destinations in the Southeast, featuring designer brands and luxury vintage. It has many urban parks and greenways, along with miles of paved trails for running, walking, dog walking, and cycling.